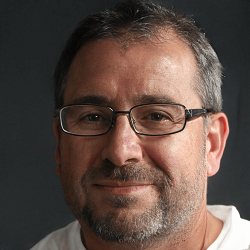 Bernard Brode
Product researcher at Microscopic Machines
Sometimes it seems like there is no end to the complexity of SEO. Just as marketers try to wrap their brains around the impact of Google's latest algorithmic update to its nofollow link policy, the hype has arisen for the digital marketing community in another quarter regarding yet another revolution – the impact of natural language processing (NLP).
NLP is, essentially, an implementation of AI (artificial intelligence) that allows search engines (and your business) to extract meaning from user-generated text, including that on your website. As such, it represents one of the key ways that AI is changing SEO, alongside the rise of voice search and the figurative explosion in the use of chatbots over the past few years.

NLP remains, however, little understood by SEO specialists and business owners alike. This article will delve into and explain (hopefully clearly and succinctly) how NLP works and how best to deploy it to improve your SEO.
Contents
1. Search Engines, AI, and NLP
2. BERT and SEO
3. SEO and Search Quality
4. How can thinking about NLP improve SEO?
4.1 Structuring data
4.2 Internal linking and content recommendation
4.3 Targeting clusters
5. The bottom line

To get up to speed on the development of NLP and its fascinating history in short order, this article published by Sean Shuter a few years ago provides insight into the intersection of NLP and SEO in understandable language. 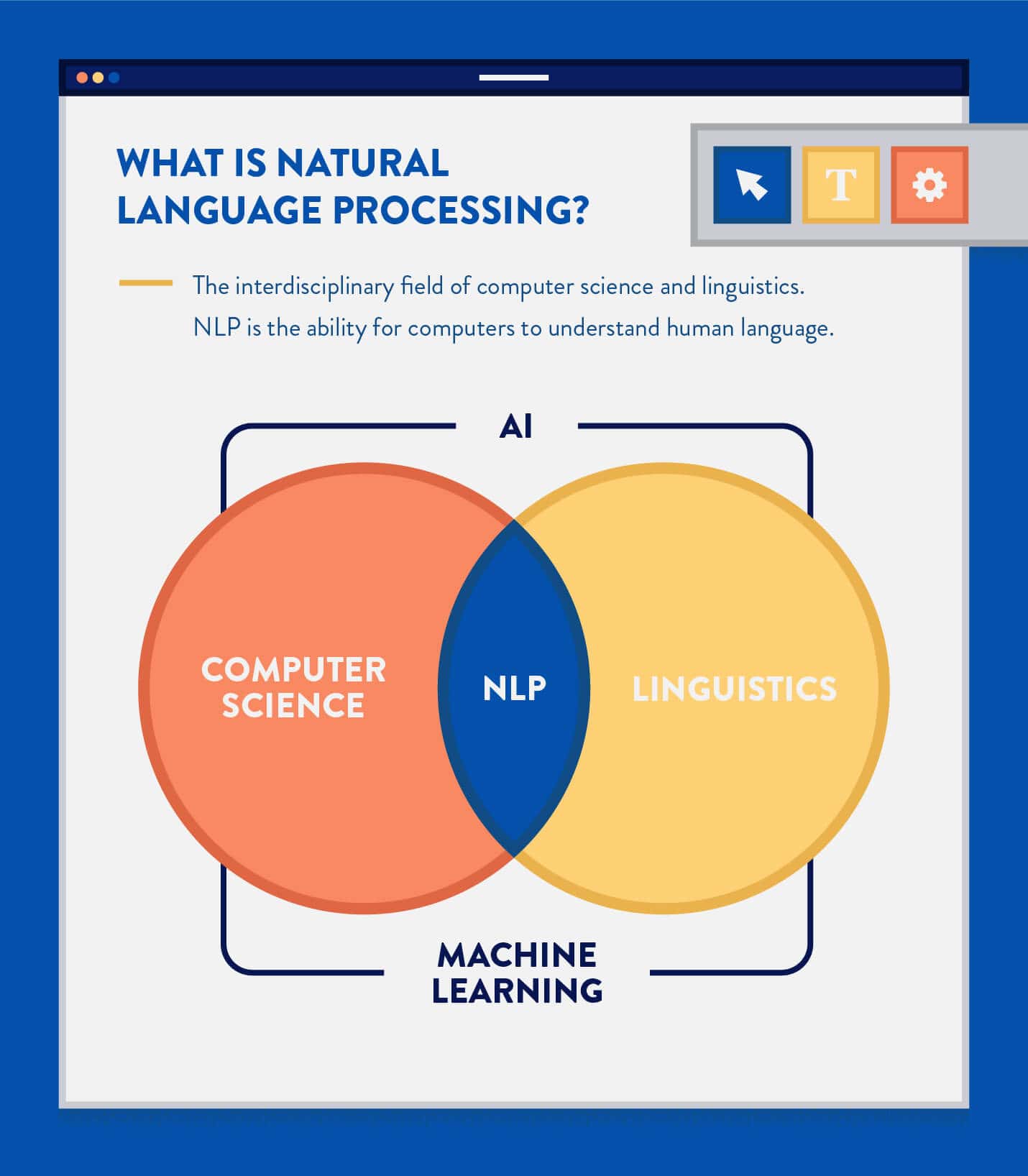 For our purposes here, though, NLP can be described even more thoroughly. Many major web search engines, such as Google and Bing and personal digital assistants, now use NLP to process our requests, index websites and find relevant content on the Web.

NLP's role in these queries is to give the search engine a more detailed understanding of the material that appears on a page to make more relevant suggestions. While in the past, search engines like Google worked with statistical models built around keyword groups and links, we're now seeing semantic graphs and machine learning algorithms that deeply influence the quality of the results.
How Artificial Intelligence Changes SEO: Asking Experts

To understand just how vital NLP will be to the future of SEO, it's worth looking at how Google – in particular – implements NLP and just how central it is to their mission.

One of the issues that researchers have faced when it comes to convincing businesses of NLP's value is that the idea of using these models to read real-life text is inherently dated. As Dixon Jones, CEO of Inlinks.net, recently put it, though, this is a huge mistake: "When people realize NLP stands for Natural Language Processing instead of some 1970s hypno-mumbo-jumbo," he said, "they'll realize that not only is it here to stay, it's the very bedrock of the mantra organizing the world's information."

Google's NLP approach is built on a ground-breaking language processing model: BERT (Bidirectional Encoder Representations from Transformers). BERT is outlined in a recent paper published by researchers at Google AI Language. Its publication caused quite a stir in the Machine Learning community by presenting state-of-the-art results in a wide variety of NLP tasks, including Question Answering (SQuAD v1.1), Natural Language Inference (MNLI), and others.

While that might seem technical, BERT's impact on SEO can be put pretty simply: Google no longer looks at words or phrases individually, as we understood in the past when it would traditionally run keyword research. Now it looks at sentences, paragraphs, and the query as a whole. In other words, the algorithm looks at the sentiment or overall intent rather than focusing on individual words.

Google's official Search Liason recently revealed on Twitter that Google BERT is now helping with one out of every ten google searches in the US in English, with plans to expand soon to include searches in more countries and languages.

Meet BERT, a new way for Google Search to better understand language and improve our search results. It's now being used in the US in English, helping with one out of every 10 searches. It will come to more counties and languages in the future. pic.twitter.com/RJ4PtC16zj

What You Need To Know About Google BERT Update
Personal demonstration
Our specialists will contact you and discuss options for further work. These may include a personal demonstration, a trial period, comprehensive training articles, webinar recordings, and custom advice from a Serpstat specialist. It is our goal to make you feel comfortable while using Serpstat.

For Google, all of this research and investment in NLP is geared toward one outcome: improved search quality. Just as it always has, this search engine juggernaut continues to push for a better way to provide the exact information that users are after.

There are many challenges in this pursuit. According to the information on Google's blog, 15% of search queries are used for the first time. In other words, people are using more long-tail searches to find an answer to their question, especially with the rise of voice search.
Top 50 Most Frequently Searched Long-Tail Keywords In Canada, Australia, UK And USA
Another is that computers – even those equipped with advanced AI systems – are still not that good at assessing the relevance and authority of information on web pages. This capability is increasing all the time, of course, and it might well be that in 2030 we regard the NLP capabilities of today as primitive. However, the fact remains that the SERP for most pages is still more a product of the keywords it contains than its genuine utility to most users.

NLP is an attempt, on Google's behalf, to change that. According to recent tweets from the Stanford NLP Group, NLP is now a key component of AI and integral to SEO practices.

Thanks @nathanbenaich and @soundboy for yet another fantastic @stateofaireport. There are many valuable insights but a couple of data points caught my eye on my first pass https://t.co/4kFVUhs4w4 #stateofai #AI. Thread (0/N)

And tweets from AI expert Bernard Marr affirm the power of NLP to draw on our widespread use of natural human language. One day, of course, we might be in a position where great quality content, irrespective of the SEO techniques applied to it, ranks well on its own. But until that stage, we need to rely on tools to highlight our pages for BERT.

"NLP is a critical technology trend because so much of the world’s information is in the form of natural human language."https://t.co/zNmy0w59OD#NLP #NLQ #NaturalLanguage #SEO #SiteSearch pic.twitter.com/SrQ3VQvBAt

How can thinking about NLP improve SEO?

The most fundamental change that NLP will bring about, for most organizations, is a reactive one. For pages to rank in Google well today, you need to make sure that NLP systems can understand them easily. That said, several emerging tools use NLP to improve a visitor's experience.

Let's look at these impacts in more detail.

The first and arguably the most important way that NLP will affect your SEO is that you need to make sure that your web pages are structured so that these algorithms can easily understand. The key to on-point results is NLP engines understanding the language —regardless if we refer to spoken (voice search) or written language. NLP is a way to improve capabilities in this area.

Pandu Nayak's recent article provides an excellent resource to get started with this data structuring, as do many of the biggest websites around at the moment. You can see NLP-friendly data structuring in action on thenextweb.com, windowsreport.com, as well as established publishers like Reuters or the BBC. Perhaps the most dramatic evidence of this, though, is Eventbrite's case study: their website experienced a 100% growth in organic traffic from Google Search to event listing pages following a restructuring focused on NLP.

A second way in which NLP is currently impacting SEO is in internal linking structures and content recommendation tools.

These two functions may seem fairly distinct, but a closer look at how NLP engines work reveals that they are inherently (pardon the pun) linked. When an NLP system encounters a term that it doesn't understand, it attempts to resolve its meaning. If it can do so by referring to the material on your site, it grants you an SEO boost in recognition of this fact. To see this in action, take a look at how The Guardian uses it in articles, where the names of individuals are linked to pages that contain all the information on the website related to them. Robert Weissgraeber, CTO of AX Semantics, notes that NLP boosts brand visibility with no additional effort by creating huge quantities of natural language content.

The same type of process underpins more advanced forms of content recommendation. There are now several content optimization tools available that can assess the meaning of the content that appears on a user's list of visited sites and takes advantage of this to suggest other content. While some of this functionality can be limited by browser privacy modifications, it provides a powerful way for websites to increase the "dwell time" on their sites.

Finally, more speculative use of NLP for SEO. In recent years, we've seen a shift from marketers targeting individual keywords to targeting topic clusters. As search engines become more capable of understanding the world around us and disambiguation comes into play, the same results can be presented to the user across multiple searches that share the same intent; the competition is no longer on targeting a specific keyword but rather seeks to become relevant for a specific topic. Experts note that NLP can be used to identify patterns, providing search results along a theme.

In other words, it could be that in the near future, SEO will revolve more around providing high-quality, human-readable content, rather than the keyword-driven content of today.

Though NLP might not be on your radar just yet, you should be aware that it is one of the key trends of 2020 and that it will almost certainly have a widespread impact on SEO within the next few years. It would be a good idea to familiarize yourself with its capabilities. A fun and instructive way to do just that is to look at Google's Natural Language API demo, allowing you to examine any text for free.
To keep track of all the news from the Serpstat blog, subscribe to our newsletter. And also join our group on Facebook and follow our Twitter.

The article has already been rated by 9 people on average 5 out of 5
Found an error? Select it and press Ctrl + Enter to tell us

Search Quality Metrics: What They Mean And How They Work

Description Vs Body: How Are Search Snippets Formed [Research]

How To Check Site Positions At Any Suitable Time