HTTP/2 is an improved version of HTTP/1 protocol, optimized for modern users' needs. Using the updated protocol, you can significantly increase the speed of loading pages, which in turn will positively affect their ranking.

Why do we need the HTTP/2 protocol

HTTP is a data transfer protocol, originally intended for the transfer of hypertext documents. What the HTTP protocol is for is understandable from its abbreviation: HyperText Transfer Protocol. Hypertext refers to documents that contain links to other documents.

There have been no alternatives to the HTTP/1 protocol since the late 90s. In 2015, a group of the Internet Engineering Council (IETF) standardized the second version of the protocol - HTTP/2. It was based on the SPDY protocol created by Google. Later, SPDY support was stopped in favor of more efficient HTTP/2. In 2016, Google announced the support of HTTP/2 by search engine robots.

The creation of an updated protocol by IETF experts was prompted by an active increase in the number and weight of Internet resources. Outdated technologies created for simpler sites do not give the expected effect today. Modern sites have a lot of weight, and the resources of an outdated protocol do not allow them to load quickly. HTTP/2 features minimize latency and significantly increase resource performance.

This effect is achieved thanks to the combined TCP connections. In HTTP/1, a separate TCP connection is provided for each request. By combining requests, server load is reduced. This process is called multiplexing. 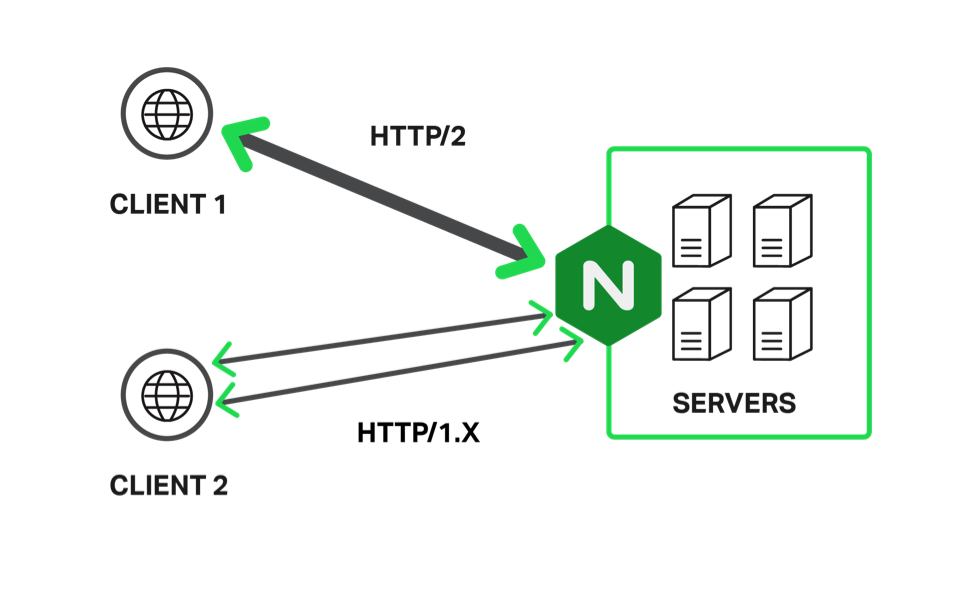 Now the HTTP/2 protocol is supported by the Nginx and Apache servers, on which most sites are located.

How to connect HTTP/2

For the protocol to work, the client and server must support it. Today, all popular browsers already support HTTP/2 technology. In order for your site to load via this protocol, no special changes need to be made. Make sure that SSL certificate is already installed on your site and ask your hosting provider if your server supports the updated HTTP protocol. You can check this with the help of a special service. 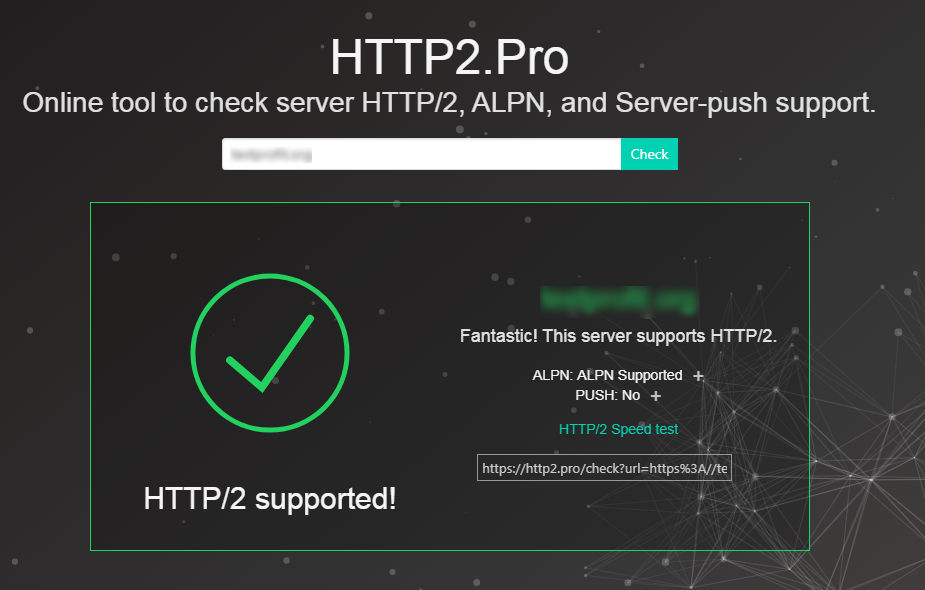 If your hosting does not support the automatic connection of the HTTP/2 protocol, perform several steps manually. Update the Nginx server version, open the /etc/nginx/nginx.conf configuration file, and edit it. Instead of the line:

And update the server with the command:

If your site is located on the Apache server, update it to the latest version, connect mod_http2 and add the line to the configuration file:

Update the server through the command:

Advantages of the HTTP/2 protocol

1
Increase site performance due to combining requests into a single TCP connection.
2
A parallel query of static elements.
3
Prioritization of requests, given their weight or dependence on each other.
4
Compression of HTTP headers, reduction of information for exchange between the browser and the server.
5
Connection security with TLS encryption.
6
Server Push - simultaneous download of additional files along with the main document. In this case, the browser cache may be cleared or updated.
7
Saving all resources in the cache.
8
Using binary commands 1 and 0 to perform the same tasks.
All these features have a positive effect on the speed of loading the site. Google's lead analyst, John Muller, said in his blog that the HTTP/2 protocol alone is not a ranking factor. But as page loading speed directly affects indexing, using the updated protocol is useful for promotion in the TOP.

In working with the HTTP/1 protocol, optimizers use a number of methods to circumvent restrictions. Some of them can be applied in the updated protocol, others are neutral or do not make sense.
1
Reducing the number of connections through Data Uri. Images are embedded in CSS, resulting in heavy files. As all requests go through one connection in the updated protocol, there is no need for such a method.
2
Create sprites that combine pictures. To reduce the number of connections, several images are combined into one. This method helps to compress a large number of images. On the other hand, if the user needs to upload one picture, the whole sprite will be loaded.
3
Creation of several subdomains from which static files are loaded. Not relevant for HTTP/2 due to additional connections that prevent the selection of request priorities.
4
Combining in one file JavaScript and CSS. It makes no sense for the HTTP/2 protocol, which easily downloads many small files without the need to combine them.

The creation of the HTTP/2 protocol was a giant step in the development of the Internet. It helps offload networks, simplifies client-server connectivity, and improves network security. All popular browsers already support HTTP/2 technology, and the protocol is already integrated with the latest server versions. It improves page loading speed, therefore, contributes to a more efficient ranking.

The owners of sites only need to update the server data to connect the protocol in the hosting panel, as well as purchase and activate an SSL certificate. After installing the HTTP/2 protocol on your site, check its activity using the service.
This article is a part of Serpstat's Checklist tool

" title = "How to enable HTTP/2 protocol on the website 16261788333826" />
Checklist is a ready-to-do list that helps to keep reporting of the work progress on a specific project. The tool contains templates with an extensive list of project development parameters where you can also add your own items and plans.

The article has already been rated by 4 people on average 2.2 out of 5
Found an error? Select it and press Ctrl + Enter to tell us

What Are The Broken Links, How To Find And Fix Them