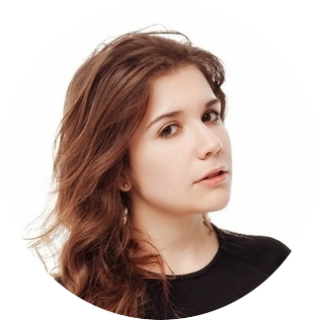 Elena K.
Editorial Head at Serpstat
There's a lot of buzz around growth hacking for the last few years. However, people still mean different things when talking about it. We decided to turn to a person who is an old hand at growth hacking to reveal what it actually is and how to use in your business.
Aladdin Happy is a founder of Growth Hacking Idea – email community, where he shares short and actionable growth hacks twice a week. He is also an author of "TOP 101 Growth Hacks," which became one of the best selling books on Amazon. Let's take a look at the hacks he shared with us ;)

Thanks so much to Aladdin for spending the time to answer all of my questions!
— There's a lot of talk about growth hacking for the last few years while people still mean different things when they say "growth hacking." How do you define it?
— For me growth hacking is first of all 100% focus on growth throughout the whole AARRR funnel (AARRR = Acquisition -> Activation -> Retention -> Referral -> Revenue). By 100% I mean everybody in the company is focused on 1 thing - on growth. "What is our #1 goal? - Growth!" You and everybody on your team use high tempo testing to achieve this goal: you generate/find, prioritize and test a lot of different ideas and measure results. Some of your ideas will fail, others - will succeed and improve your growth by a small percentage. These small improvements cumulatively deliver tangible growth.
— How should a growth hacker cooperate with marketing department?
— In order to produce the highest efficiency full access to improve any aspect of the company is required. All the departments (HR, sales, marketing, support, etc.), every single person in the company should be focused on growth, including executives and especially CEO.

Perfect growth hacker – is not a person, it's mindset that should be part of every person in marketing department and every other department. This mindset should be vital part of your company's culture.
Can you hire a growth hacker, who will change your corporate culture, mindset of every single person in your team, if you and your team don't want it?

Here's an example. One day I created a growth hacking training for my team to help them absorb growth hacking mindset. It was 5 hours long. In a week after that one of my developers generated and tested an idea that saved us $200K on marketing. He applied growth hacking mindset to his area of responsibility (programming), focused on growth and delivered result that is impossible to deliver by hiring an isolated growth hacker. This is how it works.
— Do you think that every business should have a growth hacker?
— Should? No. A lot of businesses work pretty good without growth hackers.

Growth hacking optimizes processes, optimizes costs, delivers 100x more results for 100x less money and 100x less time. It's progress. Can you compete with this sort of efficiency? No. Your company will die. Every company that doesn't want to follow progress eventually dies. Do you want your company to die? No? Then you should follow progress.
— Let's talk about growth hacking in action. Share some companies that have used the growth hacking approach to gain success.
— These are usually companies that didn't exist 5-20 years ago.

Here's a cool graph on this: 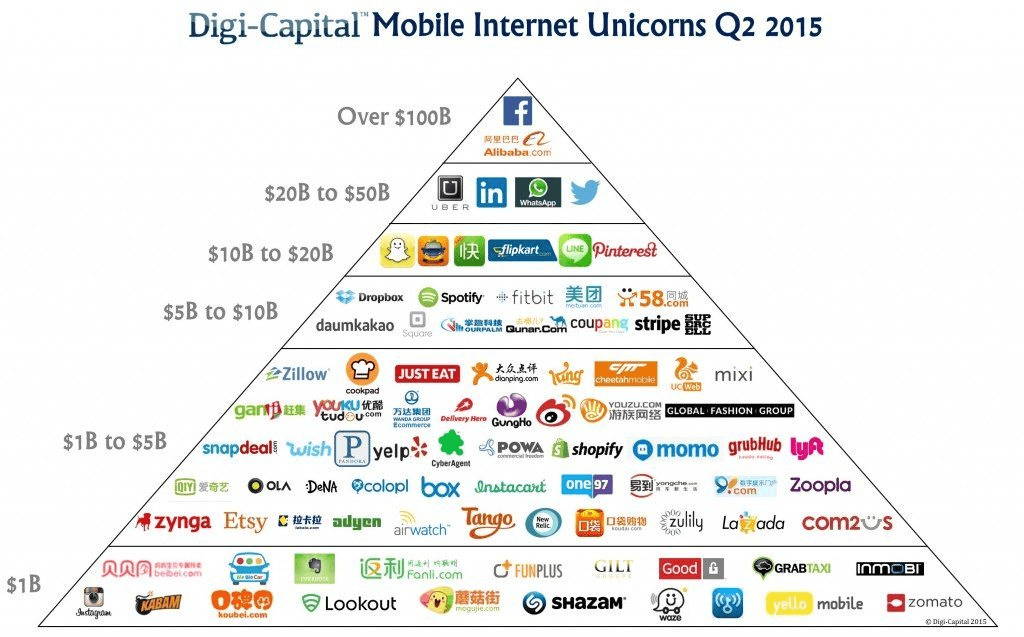 — Is personality important in a growth hacking? Amongst the many qualities that define a growth hacker, what according to you are the three most important?
— You need to love to:
1
Generate/find new growth ideas;
2
Test them;
3
Measure result.
Rinse and repeat.
— Tell a bit about Growth Hacking Idea. How did you decide to start it?
— In short, after my 5th failed startup in a row I desperately wanted to figure out this growth thing. If discovered a few books on Amazon on Growth Hacking, read them and my mind exploded. I started to collect growth hacking case studies that inspired me the most into my secret Google Document file.

One day an idea hit my head, what if I share these inspiring growth hacking case studies with other struggling entrepreneurs like me. And 8 hours later – I launched the GrowthHackingIdea newsletter. I shared my favorite growth hacks and applied them to the newsletter :). In 4 months it grew to 20K subscribers. I discovered that among my subscribers there are people from Amazon, Google, Facebook, TechStars, Coca-Cola, Disney, Uber, etc. It was unbelievable.
BTW, I wrote a detailed article on this. You can check it out here.
— Three times a week you send an exclusive growth hack to your subscribers. Share the one that any startup can implement within a week and gain great results.
— Here's the #1. How to get on page #1 on Google in 10 minutes for free (the smartest hack ever)…
There are a lot of techniques for getting traffic from Google.
They're worth it, but require a lot of time and effort.
The way I will tell you about today is the smartest and easiest one I have ever seen.

It will help you to get to Google's page #1 literally in 10 minutes.
Here's the hack:

1. You need Serpstat for this
2. Go to "SEO Research" — "Positions"
3. Input quora.com into the search field
4. Add 3 filters:
4.1. Keywords + Includes + your keyword
4.2. Domain's position for a keyword + Less than + 10
4.3. Search volume according to Google AdWords + More than + 100
5. Hit "Apply filter"
6. Scroll down to the keywords
7. There you'll find a list of keywords where Quora is ranked on page #1 of Google.
8. Open each URL and add your awesome, super valuable answer with a link to your website.
9. Boom! Your answer is instantly on page #1 of Google.

— Share top 3 hacks from your newsletter that received the most clicks and thank you emails from your subscribers.
— Here they are:

It can take you ages and tons of investment to make money from your startup (though no guarantees).

This study says – no.

Here are their steps you can replicate:

1. Ryan loved his standing desk but found his legs fatigued fast.
2. Decided to solve this problem himself.
3. Experimented – and after a while designed a mat with calculated terrain to drive healthy movement and postural variety.
4. Discovered that keyword "standing desk calculator" has low competition.
5. Created "Standing Desk Calculator" and started to collect emails.
6. Launched their blog "QuittingSitting" + collecting emails from it.
7. From time to time offered their email list to beta test prototypes for free.
8. Incentivized their email subscribers to share (this trick increased the size of their list by 2,000%).
9. Launched a pre-sales campaign for their email subscribers.
10. Offered commissions from pre-sales to bloggers in exchange for featuring them.
11. After influencers tweeted about Topo, they ran a Facebook ad targeted to fans of that influencer, featuring that influencer's tweet. (smart :))

Result: They made $100,000 in 30 days after launch... before spending a penny on manufacturing their mats.


#2. One stupid-simple trick to DOUBLE your social sharing in 10 minutes [Twitter vs WhatsApp vs Facebook vs Slack]

Recently, I started to track what platforms our glorious GrowthHackingIdea community members use to share growth hacks. The results were very surprising to me. This experiment is based on over 75,000 sent emails during a week.

Just by adding a "Share via Slack" button the number of shares on GrowthHackingIdea almost DOUBLED!

But there was an issue when embedding this button. I wrote a short article describing the free service I utilized and how I tweaked it to make the button work [stupid-simple trick].

In 2012, Heineken Brazil's Fan Page launched a famous real-time campaign called "One Like One Balloon".

The idea behind the campaign was to answer to every new Page Like by blowing up a green balloon and placing it in the Brazilian Heineken's office space. The videos with footage of the office space flooded with balloons were shot and uploaded to YouTube in real time.

Source: http://blog.brand24.net/how-heineken-uses-social-media-case-study/
— In 2015 you published "TOP 101 Growth Hacks." How did your book come to be? What inspired you to create your first book?

— My subscribers asked me to give them access to the growth hacks they missed. So when I gathered 101 of my favorite growth hacks I put them together and published on Amazon. The book quickly became #1 best seller in "Marketing for Small Businesses" and remained among TOP 10 best sellers for a year. That was pretty surprising for me, as this was my first book on Amazon. 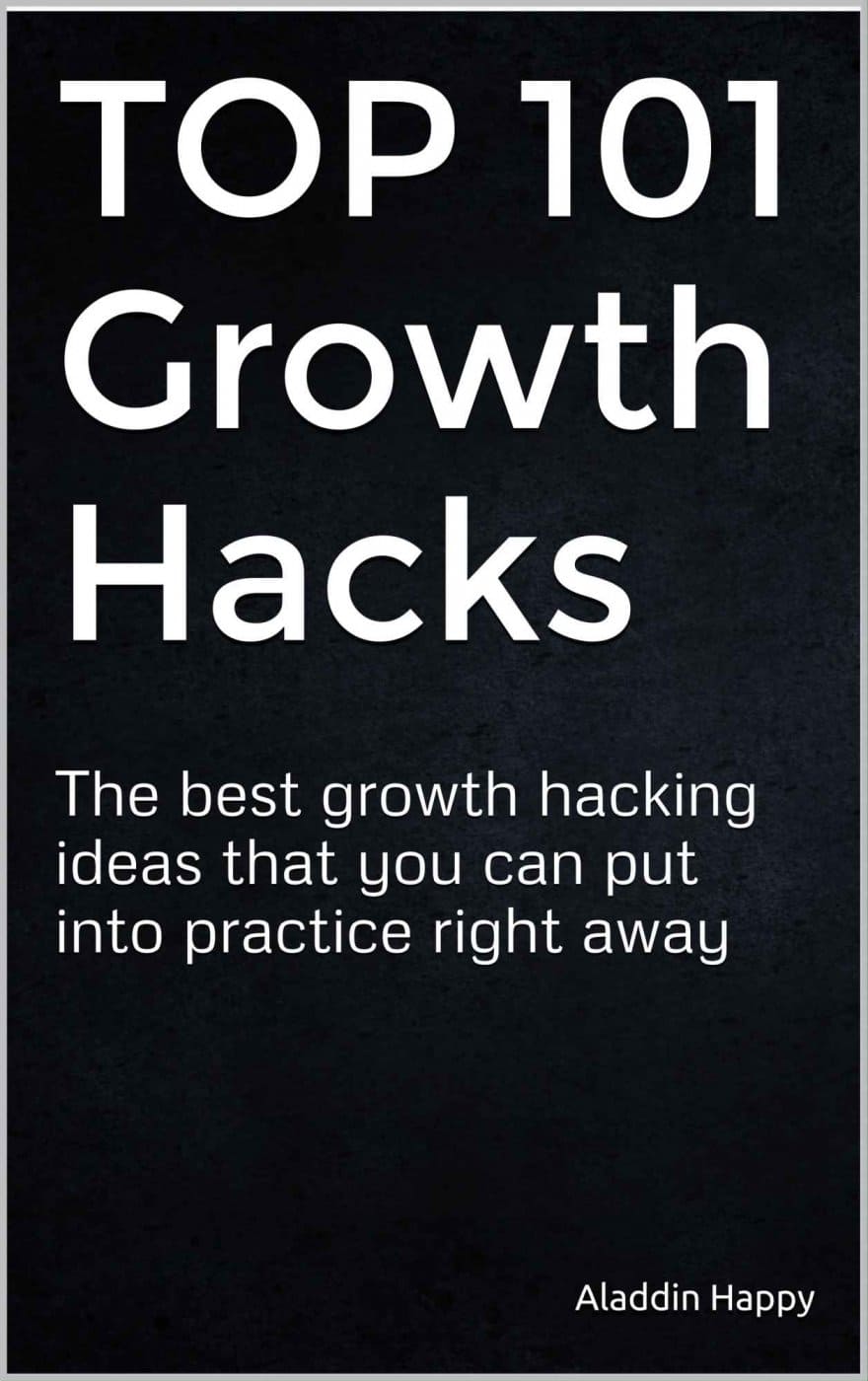 — In one of your interviews, you said that you launched several startups and failed. Share some tips on how entrepreneurs/startuppers that just started their way can avoid failures.
— This experience was very painful. I already mentioned that I wrote an article on this called "How I wasted $150K, then for $0 launched my new profitable business".

So. The #1 most important thing that is even more important than growth hacking is Product/Market Fit.

What is Product/Market Fit:

How can people pay me if there is no product?

Check out KickStarter.com, Indiegogo.com. If people prepay on these crowdfunding platforms, why won't they prepay to you if you solve real pain?

I didn't believe this and wasted years. After I wasted everything I had, I started to tell my community: "I will create it only if enough people prepay."

This is when my 5 fails in a row turned into 3 wins in a row. Since I started to apply this approach I never after lost any money and never after wasted my time on creating products that people don't want to pay for.

One of my friends was losing money for 3 years. He was testing various things and people didn't want to pay for them. He invested year after year, but gained only losses. I told him for 3 years – stop creating, ask people to prepay first. 3 years after he got tired of losing money, he decided to ask people to prepay, not believing in this idea that much. And you know what – yesterday he posted his happy face on Facebook with money in his hands from people who prepaid him for a product that doesn't exist.

Product/Market Fit before writing a line of code.

7 Pinteresting Tips for Promoting Your Business

10 Tips That Will Help You Choose A Domain Name