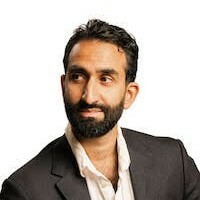 Manick Bhan
CTO and Founder
LinkGraph
Google announced that their long-term plan to make third-party cookies obsolete in Chrome will now be delayed until 2023. This is bad news for users concerned about privacy, but for digital advertisers who have been dreading the death of third-party cookies, it's a little sweeter.
But Google is already far behind in the battle to kill off cookies. Firefox and Safari banned third-party cookies back in 2019, and companies like Apple have made huge leaps to protect users from unwanted tracking in their mobile applications.

So why is Google dragging their feet to the cookie apocalypse? Well, Google makes billions of dollars off third-party cookies in Chrome. Without a viable alternative to replace them, Google would see a significant drop in ad revenue.

That's why in April, Google started testing out their new advertising technology, Federated Learning of Cohorts (FLoC). But the industry's response to FLoC has been overwhelmingly negative. As a result, Google delayed their Privacy Sandbox initiatives, stating, "more time is needed across the ecosystem to get this right."

Third-party cookies are used by advertisers to track individual user behavior and browsing habits. It's why those jeans that you viewed on your browser a week ago may still be following you around the internet as you browse.

From The State of Tracking and Data Privacy in 2020 by Andrew Garberson
Third-party cookies should not be confused with first-party cookies. The latter are used by websites to save and store login information, passwords, and are automatically accepted by the user.

But because third-party cookies mean that user information is shared with advertisers, 72% of users are concerned about the privacy issues they pose.

Although there are still other browsers out there who own market share (meaning cookie ad exchanges are not going away entirely), Chrome yields 63% of all web traffic.

The W3Counter Web Browser Market Share chart
That means that Google phasing out third-party cookies will be one of the most drastic changes to the digital marketing landscape in recent years. The potential impacts are significant.

Chrome's third-party cookie ban could be bad for publishers too. One report estimates that publishers could lose out on $10 billion in revenue with the cookie phaseout.

For the $500 billion digital advertising industry, third-party cookies have been an essential way to understand audience behavior and interests. That's why there has been so much doom and gloom associated with their demise.

But it doesn't have to be cataclysmic. Change often leads to more innovation. The industry will evolve, and hopefully provide safer alternatives that are still effective for connecting with target audiences.

For the past few years, people have become far more concerned about their privacy online. The positive impacts of third-party cookie bans are obvious for the user and are a major win for data security. 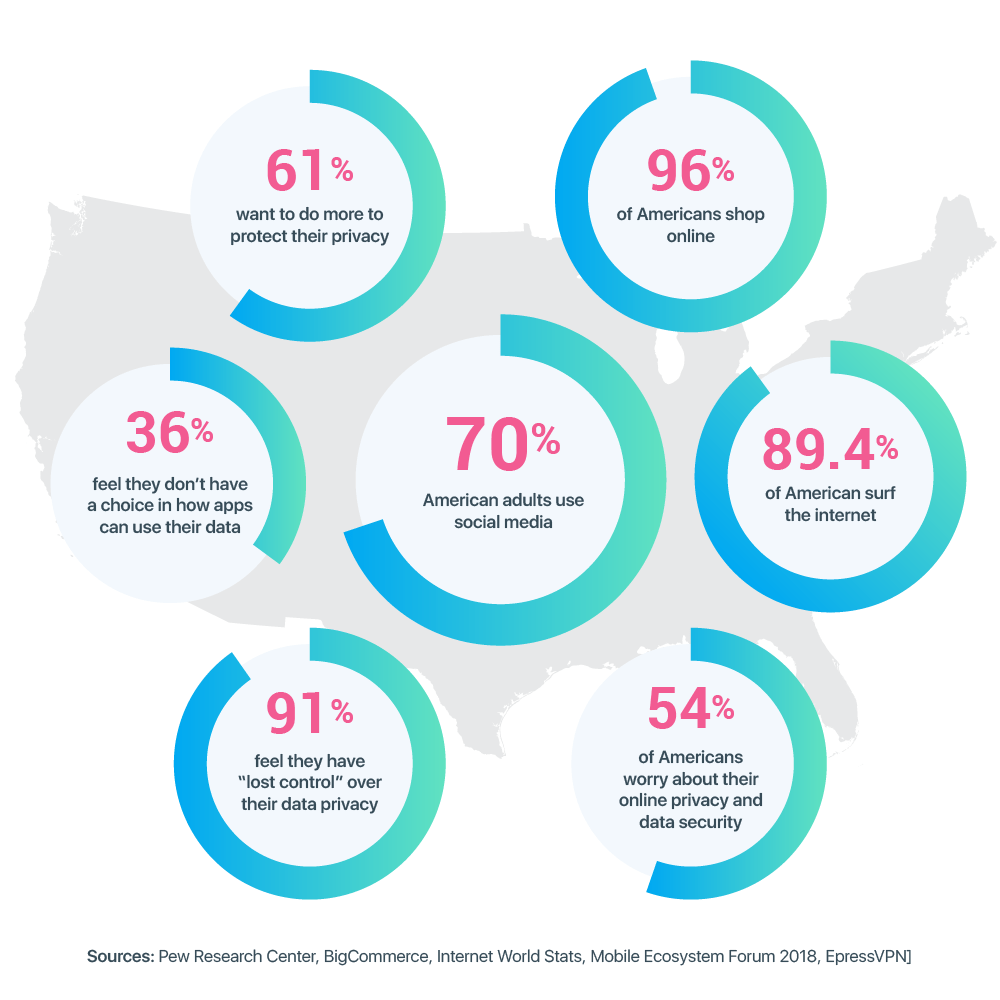 Overall, ending third-party tracking is a good change because of how it benefits the user. Also, because third-party cookies make reaching your target audience so simple, advertisers will have to work harder to reach potential customers. Let's be honest: Simply showing you the same jeans you viewed a week ago takes zero creativity and is a little creepy.

Digital marketing channels like SEO and SEM will likely also get a boost because, without browser tracking, search intent will remain one of the better ways to connect with qualified audiences.

But if advertisers still want access to the hyper-targeted advertising that third-party cookies provide, they don't necessarily have an equally viable alternative.

Hence why Google is taking so long to kick cookies to the curb. They want to create the alternative, and to do so in a way that puts Google Chrome at the center of the advertising process.
Would you like to learn how Serpstat can help you with conquering Google top?
Leave a request, and our experts will advise you on the development of your project, share training materials, and offer test access to Serpstat!

Introducing Google's FLoC: is it a viable alternative?

Google has already been developing and testing out their alternative to third-party cookies.

It's called Federated Learning of Cohorts (FLoC), an advertising technology designed to improve user privacy while still giving advertisers access to the hyper-targeting that they love so much.

Google is also testing out FLoC on Chrome users. You can see whether you are a part of the experiment here.

FLoC tracks a user's Chrome browser history and places them in particular cohorts. Those cohorts are then recalibrated every week. Right now, Google is predicting over 33K different cohorts that will represent users with similar browsing behavior.

Instead of advertisers holding information about what users are interested in, that data will be stored and processed inside Chrome. Advertisers will be given access to the behavior of cohorts, not individual users, providing a level of anonymity and privacy that third-party cookies do not.

For digital marketers, the appeal of FLoC is that it would provide a way to engage in some type of behavioral targeting without sacrificing data security. Anyone who has run a digital ad campaign understands the importance of ad relevance, and because behavior targeting most often produces better results than contextual ads, it is a preferred choice for most advertisers.

There are a lot of potential benefits of FLoC that make it better than the third-party cookie:


But when it comes down to who most benefits from FLoC, the answer would be, well, Google.

With so much market share and Chrome clickstream data, Google's ad technology will easily become the preferred choice for advertisers, driving even more revenue to Google.

For many in the industry, FLoC has been interpreted as a land grab instead of a true pro-privacy initiative. Google has ultimate governance of how the APIs work inside the browser, which increases their influence and dominance of the ad ecosystem.

Because Google is not known for sharing, FLoC could easily become another way Google engages in anti-competitive practices. Also, with users being placed into groups via an unsupervised algorithm, FLoC could allow for predatory or discriminatory targeting.


Naturally, the industry response to FLoC has resulted in Google delaying their long-term privacy goals. Google is not going to remove third-party cookies without an alternative that can generate similar revenue.

By eliminating cookies and replacing them with their own technology, Google gains even more power. Although they seem to be still moving forward with FLoC, they are unlikely to get buy-in until they iterate on their technology with improved privacy and transparency.

How to prepare for a third-party cookieless world

For advertisers who have been relying on third-party cookies for ad revenue, the cookie ban may feel like a negative change. Anyone who has run a digital ad campaign knows the importance of relevance in improving return-on-ad-spend and driving revenue, but even advertisers should see improved privacy and security as a win for the ecosystem in the long-term.

The third-party cookie phaseout provides the opportunity for digital advertisers to reevaluate how they connect with their audience and what truly drives the most value to their brand. Here are some ways to prepare for a cookieless world.

If you still want to engage in behavior targeting, FLoC won't be the only way to do it. Cookie ad exchanges will still be available through other browsers, and platforms like Facebook offer interest-based advertising that can help your brand keep serving your target audiences highly relevant advertisements.

Direct some focus back to SEO

If you're concerned about losing out on the power of interest targeting that cookies provide, remember that search intent is one of the better ways to connect with a qualified audience. It's also way cheaper than paid media.

The cookie ban may be an opportunity to redirect some of your marketing efforts back to organic search. If you have yet to invest in an SEO strategy, there are plenty of resources for beginners who want to learn SEO best practices.

Creating valuable content for users is still one of the best ways to speak to the interests and needs of your target audience. With audiences no longer being served such hyper-targeted ads based on their browser history, content marketers who are thoughtful and strategic about creating valuable content for users will likely see success for their efforts.

Content development will become more important as brands need to create useful content to target their audiences. If you're not yet investing in content marketing as a strategy, you may be missing out on an affordable way to connect with your potential customers at a lower cost-per-acquisition.
Personal demonstration
Leave a request, and we will conduct a personal demonstration of the service for you, provide you with a trial period, and offer comfortable conditions for starting exploring the tool

The article has already been rated by 4 people on average 5 out of 5
Found an error? Select it and press Ctrl + Enter to tell us

What An SEO Specialist Should Know: From Junior To Senior [+ Infographics]

My Google Rankings Dropped — Why And How To Fix It?

Advanced SEO Audit: A Complete Guide To All Stages Of The Analysis [Infographic]