How to update the TLS protocol version on the website

The TLS protocol is an advanced modification of SSL, which protects data when transmitting it on the Internet. Using legacy SSL protocol leads to vulnerabilities that can be avoided by switching to TLS.

What is the TLS protocol

The TLS protocol is an abbreviation of "transport layer security", which translates from English as the protocol of "transport layer protection". This protocol was created for the same purpose as its predecessor SSL - to protect data on the Internet. At the same time, it has additional features that allow you to use the protocol not only in browsers but also in instant messengers, IP-telephony.

This protocol is regularly improved and updated by IETF to ensure strong encryption, authentication, and data integrity. The latest version of the specification at the moment is TLS 1.3, which appeared in August 2018.

The need for an updated data protection protocol arose in 1999, as vulnerabilities were discovered in the SSL protocol. Now all versions of the SSL protocol have been successfully attacked using POODLE. The specified attack allows substituting user data and decrypting information transmitted by a secure data channel by byte.

What is the difference between the SSL and TLS protocols

Given that the TLS protocol is based on SSL, the two options are quite similar. In fact, we can assume that TLS 1.0 is SSLv3.1. Various companies are involved in protocol development - SSL was created by Netscape, TLS - IEFL.

TLS has some differences with the SSL protocol: the keys and the list of font sets differ, there is a difference in the pseudo-random PRF function and the HMAC hash function used to build a block of symmetric keys when encrypting data. A number of algorithms have been added to the TLS protocol to ensure the security of the data channel.

In fact, many users continue to call the TLS protocol "SSL encryption". This term has been widely adopted and is usually used by providers who actually offer TLS protection:

Many web developers are wondering which protocol to choose - SSL or TLS. Given the identified vulnerability, the SSL protocol should be replaced with TLS as recommended by security professionals. When buying a security certificate, you need to pay attention to what encryption standards the company that provides the secure communication channel uses:

The certificate's characteristics must indicate that one of the latest versions of the TLS protocol specification is used. It is worth considering the version, as in the TLS 1.0 and TLS 1.1 protocols vulnerabilities were discovered that were fixed in newer specifications.

TLS 1.0 vs. 1.2. How to install the most secure version of the protocol

TLS 1.2 protocol - a newer and more secure version, which is preferably used to protect information on websites -such recommendations cryptographers give.

Google experts found a fundamental flaw in the RC4 code used in TLS 1.0 and 1.1. Tests determined that these versions are not secure enough. The identified vulnerability is classified as CVE-2014-8730.

To check the current version of the protocol used on the website, you can use the SSL-checker service. This tool allows you to get a detailed report on the SSL and TLS versions used on the project. 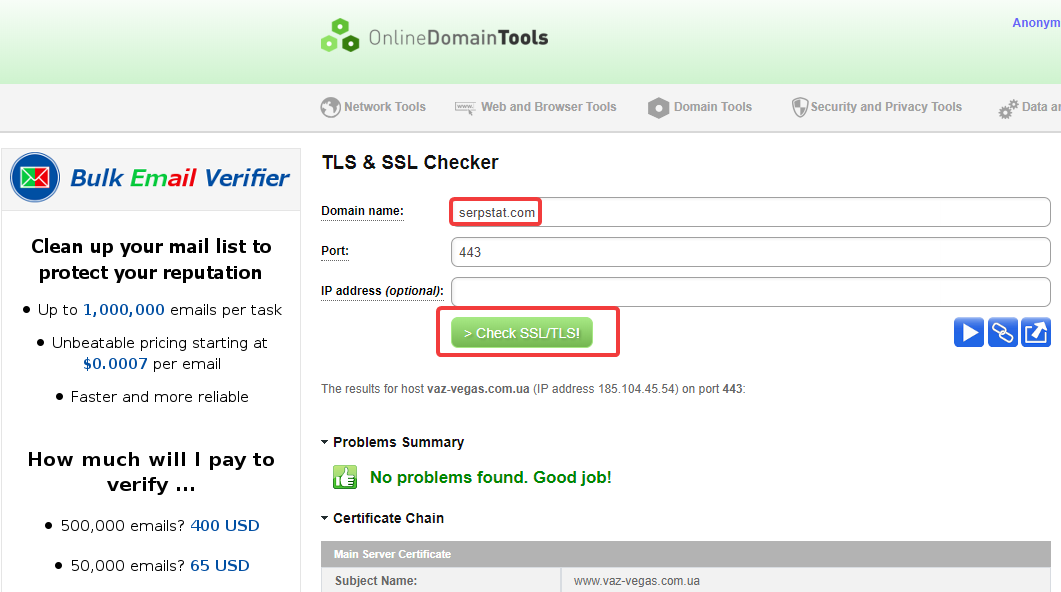 The report will describe all versions of the protocols that are used to protect information: 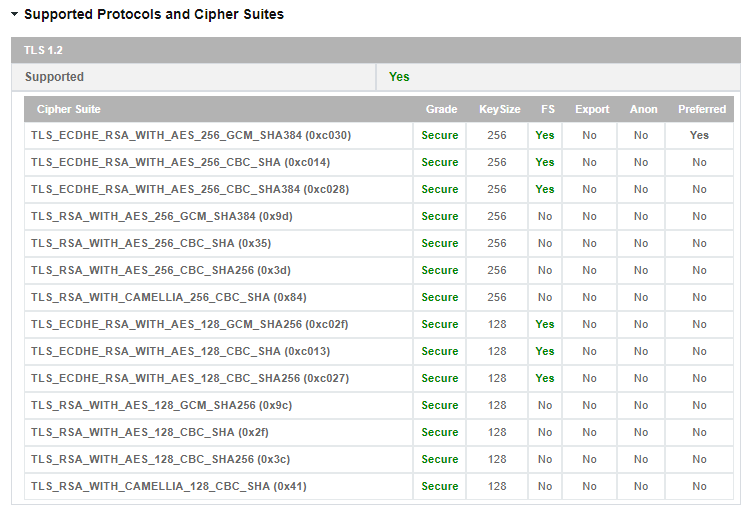 If the site has security problems, it is necessary to update the version of the TLS protocol. Settings will vary for different server types.

For example, to register an update of the TLS version on the Nginx server, you need to enable the SSL option on listening sockets, placing it in the server block. Additionally, you must specify the address of the files with the server certificate and secret key:
After configuring the server in accordance with the instructions on the website, a secure version of the TLS 1.2 certificate will work.

TLS is a modified version of SSL designed to create a secure data channel over the network. To ensure maximum data protection on the website, you must install a proven version of the protocol.

At the moment, cryptographers consider versions of TLS 1.2 and higher to be safe and stable.

To install a secure version of the SSL certificate, you need to pay attention to its characteristics, as the TLS protocol must be at least version 1.2. The received certificate must be registered in the server settings with the required version of TLS.
This article is a part of Serpstat's "Site Audit" tool

" title = "How to update the TLS protocol version on the website 16261788348048" />
Audit all the site or page in one click. A complete list of errors, sorted by severity, ways to resolve them and recommendations. Any frequency of verification and automatic email reports.

The article has already been rated by 3 people on average 3 out of 5
Found an error? Select it and press Ctrl + Enter to tell us

How to update a sitemap when switching to the HTTPS protocol

How to optimize images on a website for mobile devices

What is SEO website promotion: the basics of SEO