Most Important PPC KPIs You Should Be Tracking: A Guide For Newbies 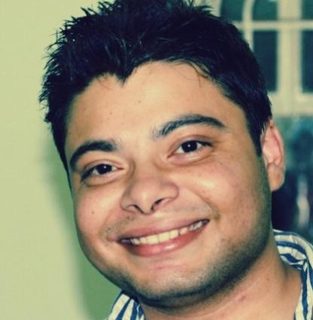 Ankit Prakash
Technology entrepreneur at Aritic
PPC campaigns do not always trigger direct campaign-conversion. It may happen that your potential customers came to know about your particular product or offer through your PPC campaign. PPC advertising enables you to reach to your potential customers exactly at the time they need you.
This article highlights the important metrics you need to measure KPI for your PPC campaigns. Without measuring your key metrics in PPC, you can never understand the data points that trigger conversions. There are plenty of metrics that marketers end up measuring, but not all are mandatory. Rather than beating around the bush and leaving things to guess work, we've compiled the most important PPC metrics that are tried and tested and will enhance your PPC campaign.

Remember the famous Google Job Experiment by Alec Brownstein? Alec spent $0.13 on an average per click and targeted five creative directors whom he wanted to work with. This senior copywriter was at his best ideating that these directors would also search up their names on Google, just like he did for himself. And when they do, they will end up seeing a job request from him.

That's why he bidded their names on Google Adwords, and four of them invited him for an interview, out of which two of them offered him a job. The ads that he placed were linked to his website and the entire campaign cost him a total of only $6. Isn't that awesome?

This is probably one of those examples where it wasn't about the traditional KPIs we measure because the most important metrics here were the number of offers Alec received from his campaign. 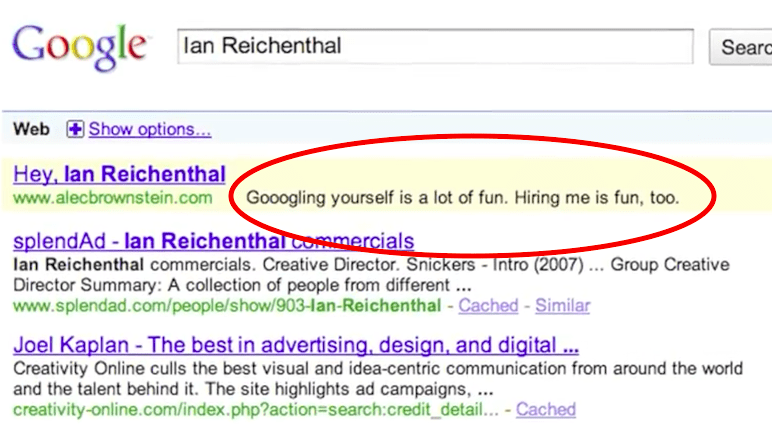 Experiments can increase your ppc kpi
PPC campaigns or Pay Per Click campaigns are not that boring like you though so. Alec's experiment is a real-time proof. Yet, often in a bid to become creative, marketers ignore certain metrics that are mandatory to measure. Your PPC campaigns will work smoothly only when you are measuring your expenses and your results. For that, we need to pin down the most vital KPIs for our PPC campaigns.

Imagine what would happen if brands did not measure the total number of clicks on their ads? Or what brought them traffic? In that case, they'd still be spending dollars blindly. More like floating away your penny by yourself into the drain!

KPI stands for Key Performance Indicator. The term says it all. When you are launching a PPC campaign, you need to understand the metrics that will help you deliver better campaigns and drive in more ROI.

Measuring a KPI is about highlighting the key performing metrics that decide the fate of your campaign. The starting point for your PPC campaign is Google AdWords, the single most prominent PPC advertising system. Google AdWords allows you to create relevant ads that will show up on Google search engine and also on other Google properties. 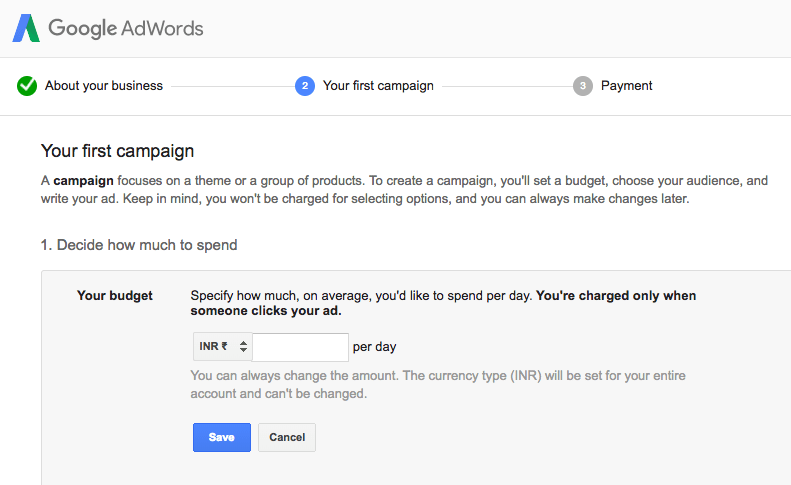 The goal of each PPC campaign is to match the KPIs during the planning phase itself. If you are aware of what you want to achieve and how you want to measure it, it will be easier to set up Google analytics and AdWords ahead of time. This will help you measure your campaign right from the first day itself.

To ensure more relevancy and quality, here are the top 5 KPIs that you should start measuring and tracking if you haven't yet.

#1: Clicks and Click-through rates as the key metrics in ppc

Clicks are the starting point for your campaign. Conversion begins with a click. Hence, this is the first indicator of how your PPC campaign is faring, especially if you are looking to check how it's performing in the mid-month. Usually, marketers keep an eye on how the campaign is performing regarding clicks. They may even pause campaigns that aren't performing as expected or increase the bid.

However, clicks alone cannot determine the success of your campaign. Similar to measuring clicks, is Click-through-rate. This is measured by

While CTR helps you to know how your campaign is performing, there is no set range or benchmark for this. It varies according to industries and various other factors. Thus there is no one-size-fits-all benchmark everyone should be striving to achieve. WordStream created an infographic where shared benchmarks for average CTR for 20 common industries. 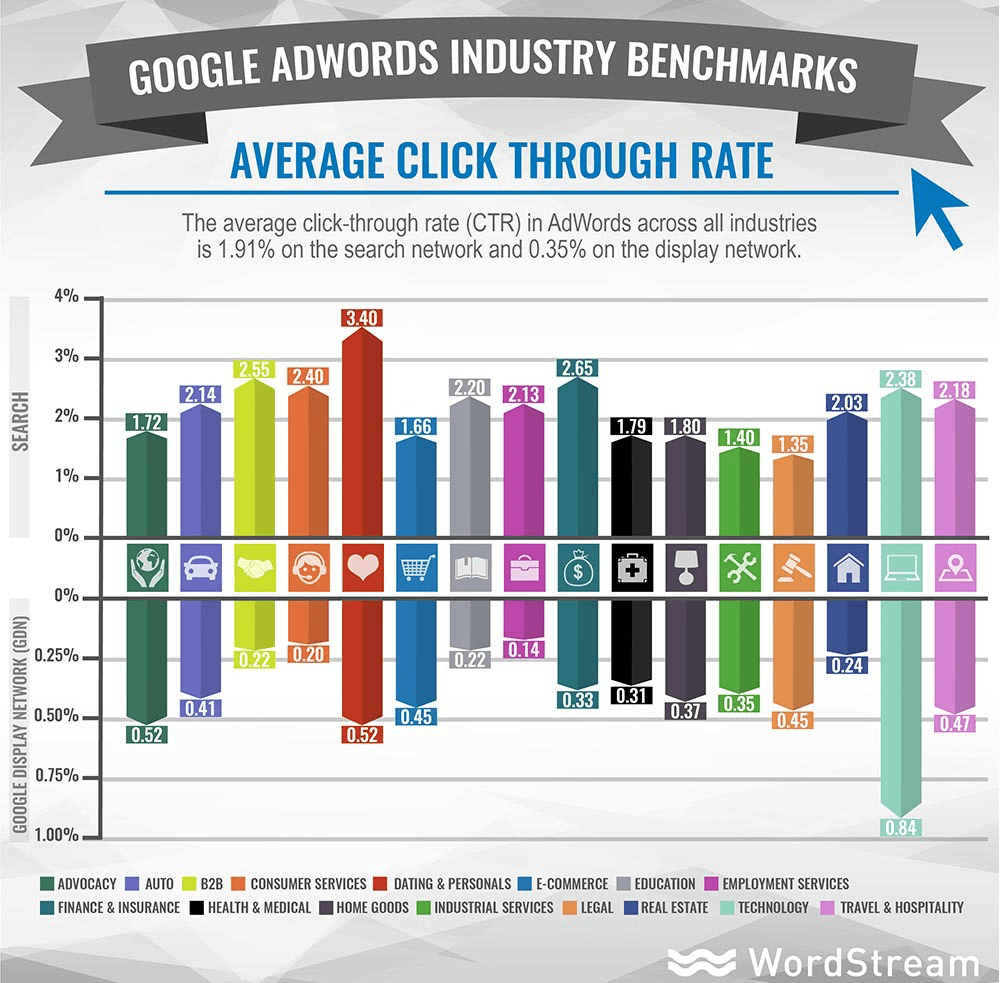 CTR KPI Benchmark
Compare your previous PPC campaigns and set a benchmark for yourself to improve. The best part of measuring the CTR KPI is, it also affects other KPIs like the next one – quality score.

The quality score is Google's own invention. Hence, it is tagged as one of the most elusive KPIs for your PPC campaign. Nevertheless, marketers do focus on creating a higher quality score. Here is an infographic by Teach To Fish Digital to help you better understand what Quality score is. 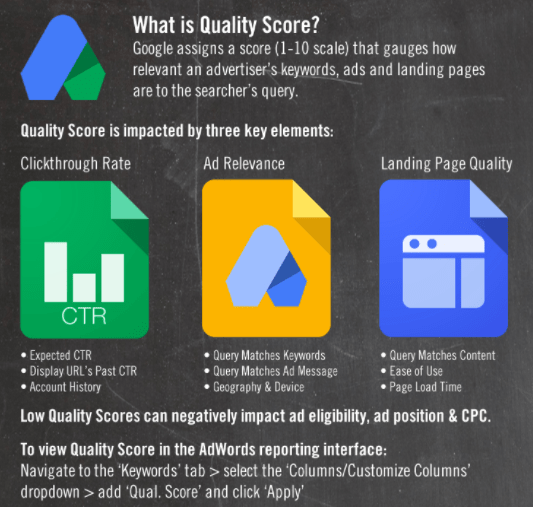 Google's quality score helps to measure key performance indicator PPC
Quality score determines the relevancy of your ad content and your landing page experience. Unlike other KPIs, quality score is not a straightforward metric, making it difficult for marketers to understand the best range. Hal Varian, Chief Economist at Google, explains how quality score works in Google AdWords in the video below.
Whatever the case is, a quality score between 7 to 10 means you will have to pay less for your ads with AdWords. If it is somewhere below 6, then you end up paying more for your ads.

After the recent change in Google's quality score reporting, it has become less daunting for advertisers to start measuring it. It has now started providing historical data about KPIs that has made the game much more smoother and smarter.

All of these are interrelated to each other. One follows the next.

A PPC campaign begins with setting a fixed budget and a bid. Advertisers bid immediate highest amount of the bid price for the ad placement. If I have to tell in numbers, it is something like this:
Bid price: $6 || Cost: $5
The cost depends largely on how others (competitors) are bidding. CPC determines how much you have paid by the following equation:
CPC = Total campaign cost / Total no of clicks received
Similarly, CPA is defined by Google as the price you pay for each new customer you acquire. CPA KPI is based on your quality score.
CPA = Total conversion costs / total conversions happened
CPA is relatively easy to calculate. However, advertisers can also calculate targeted CPA.

Targeted CPA: a bidding technique that advertisers apply when creating the campaign. It helps to set bids that will automatically trigger conversions (As many possible based on the CPA budget). What you need to do this are:

CVR is not much of a metric that determines the success of your campaign. Rather conversion rate is the sole reason why a PPC marketer comes into the picture.
CVR = (number of conversions / total no of clicks) X 100
So, if you have 20 conversions and 200 clicks, your CVR is:

Note: Conversions are great and mostly the sole aim of your PPC campaign. But marketers mostly set up campaigns to optimize the clicks rather than CVR.

It is not always mandatory to get clicks. Impressions also equally matter. Impressions are basically the number of times your ad is being seen. While impressions cannot quantify your success rate, it adds context to your campaign.

When you do a Google search, it is not all paid ads or all organic results. Google maintains a balance when showing results for your search. Usually, you will see three paid ads followed by some related questions and then the organic search results. That's why SEM KPIs (Search Engine Marketing) matters.
﻿
It is not like the highest bidder will always get the first ad position. It can either be on the top or in the second place. Average position gives marketers an insight into the position of their ads for the most of the time.

Some advertisers may have conversions with ads placed in the 4th position while some see a conversion in the second position. The average position is determined by the ad rank which is calculated as follows:
Ad Rank = Quality score X Maximum Cost per Impression
Let's say your average position is 3. It means that your ad was in position 1 or 4 or maybe 6 in that day. Calculating the average position may not be end of the story. While everyone looks up for the first position, it is not entirely related to getting more results on being on top!

The average position can be better used to provide a better context for your ad and campaign reporting.

KPIs for your PPC campaigns are not exclusive individual metrics. One metric is related to the other. You will seldom see that one indicator shows superb results while other heads downhill. For instance, if you have a high CTR, you may have a low-quality score. These two are related and intertwined. If you now choose to work on improving your CTR, it can impact your quality score in a positive way.

Advertisers should go back to improving all the KPIs rather than getting caught with just one. All the KPIs together paint the actual competitive status of your campaign. Ignoring or sidelining any one of them may hamper your cumulative result.

When you decide the KPIs you need to track, it should not be based on what someone else did or said or something you read. While all of these may help you pin down the best KPIs to track and measure, it should largely be based on your end goal, business proposition, and target audience.

The article has already been rated by 8 people on average 3.75 out of 5
Found an error? Select it and press Ctrl + Enter to tell us

How To Marry Up Your CRM With Google Analytics